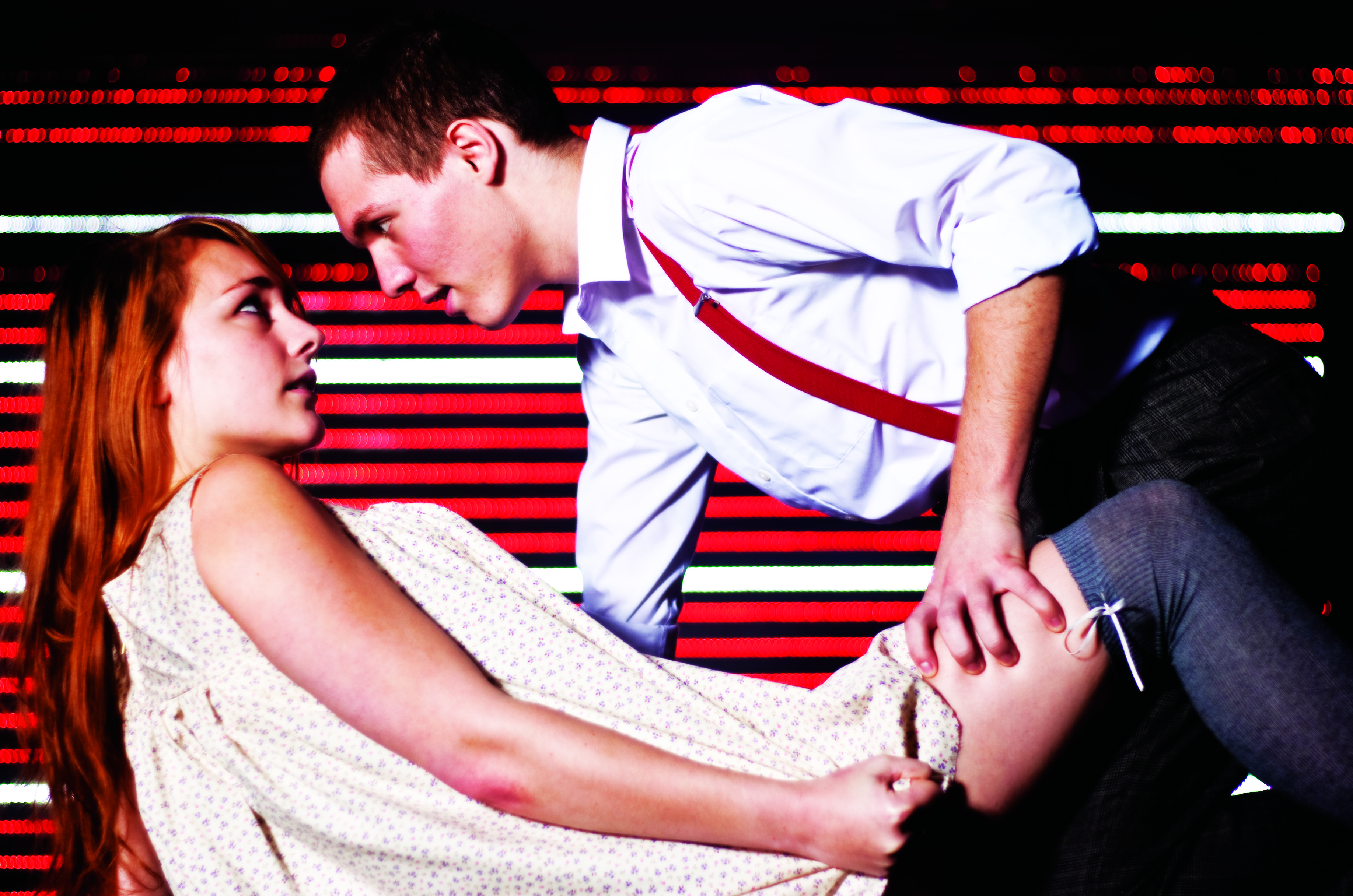 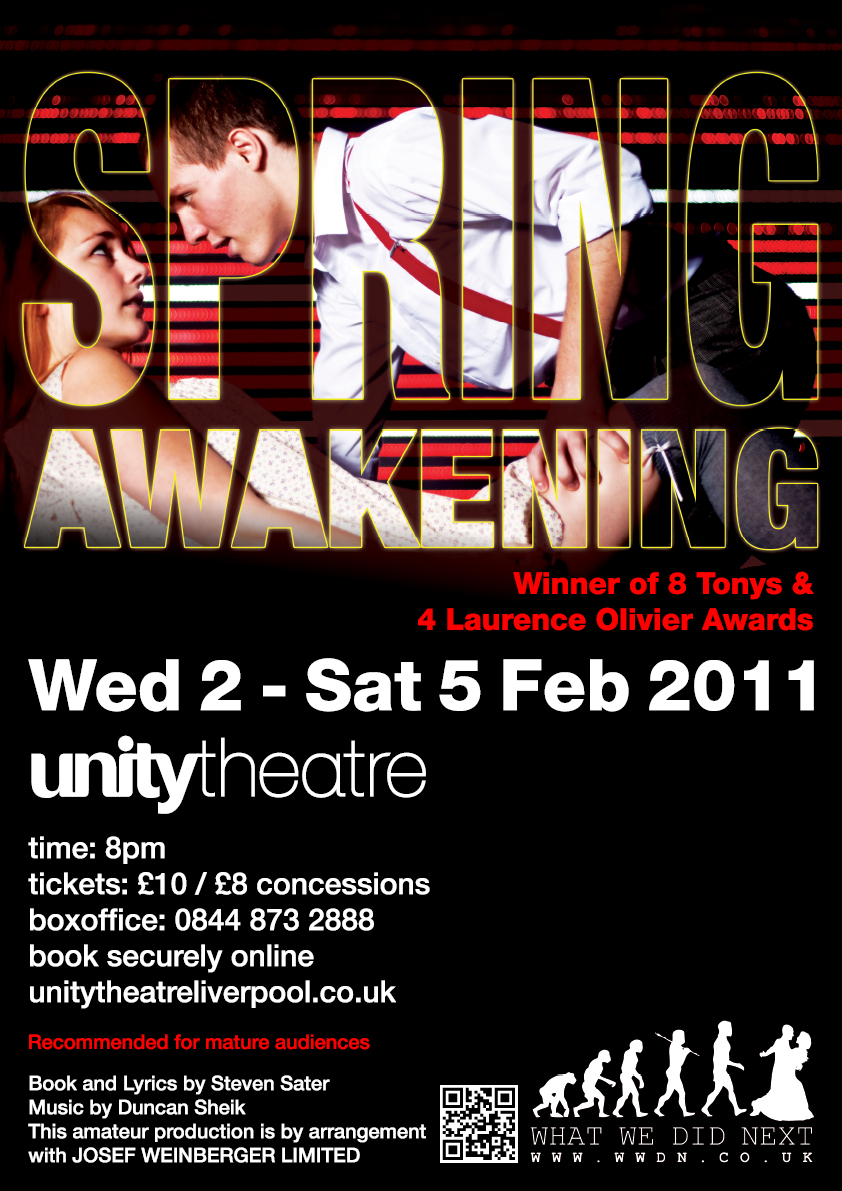 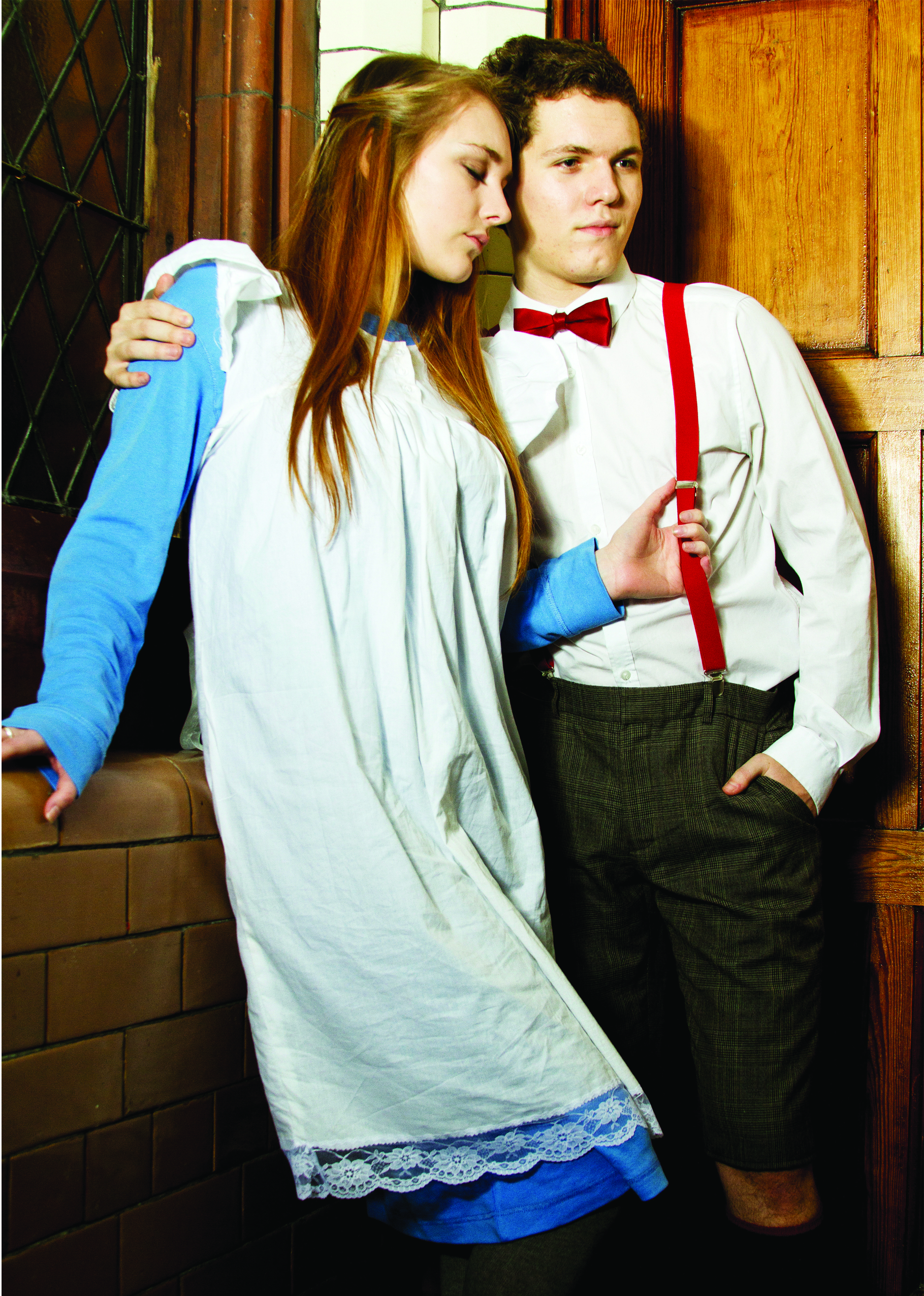 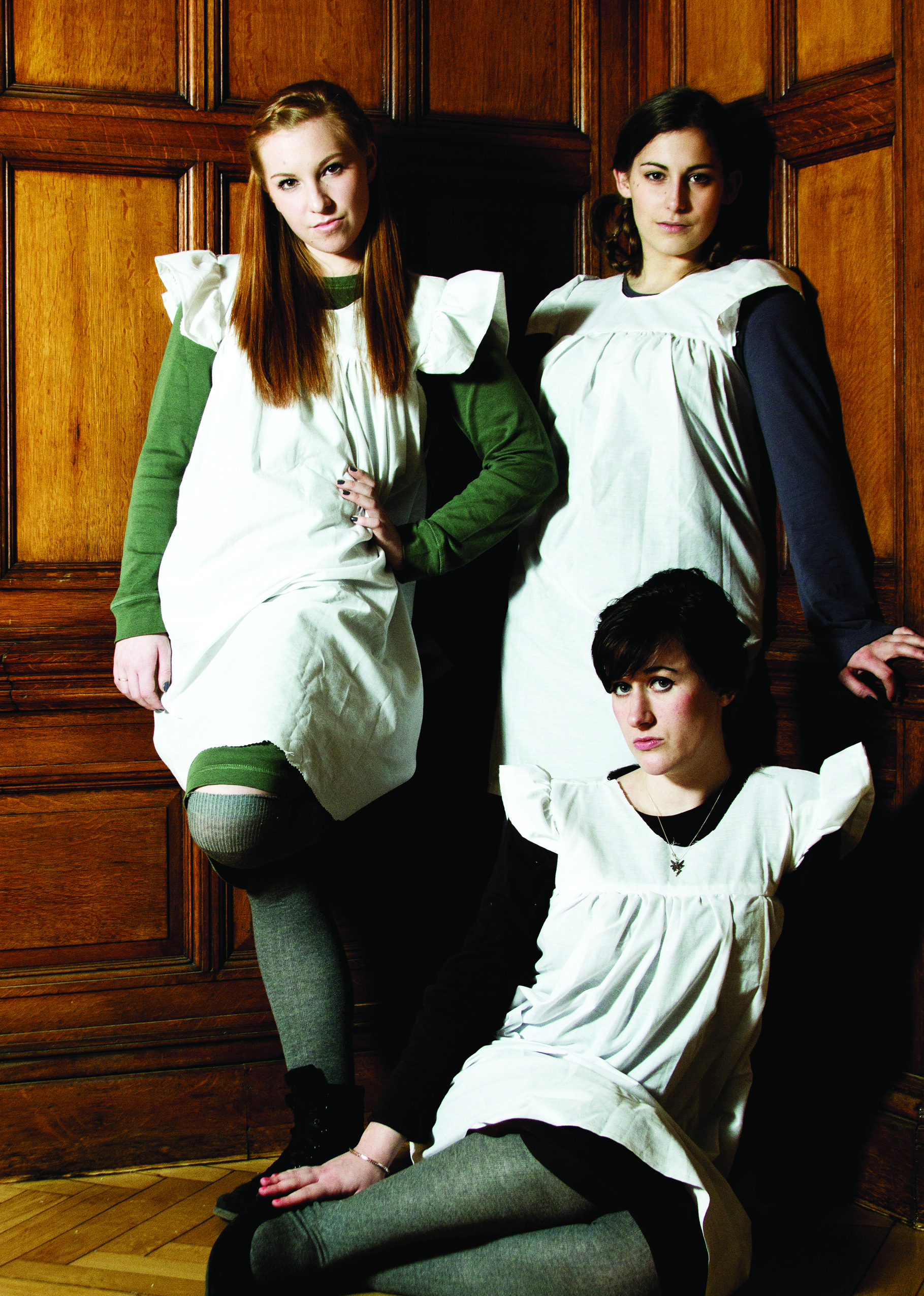 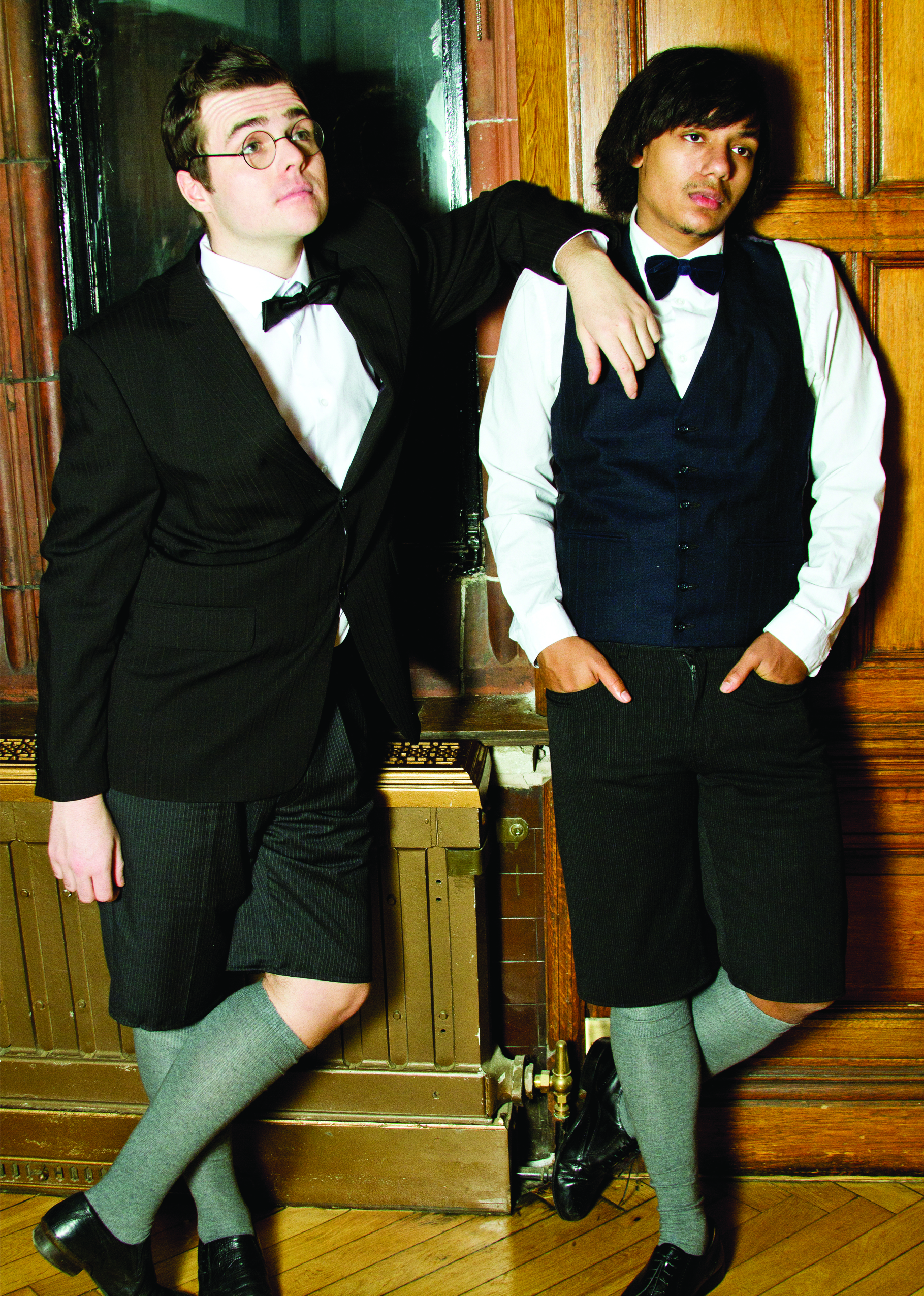 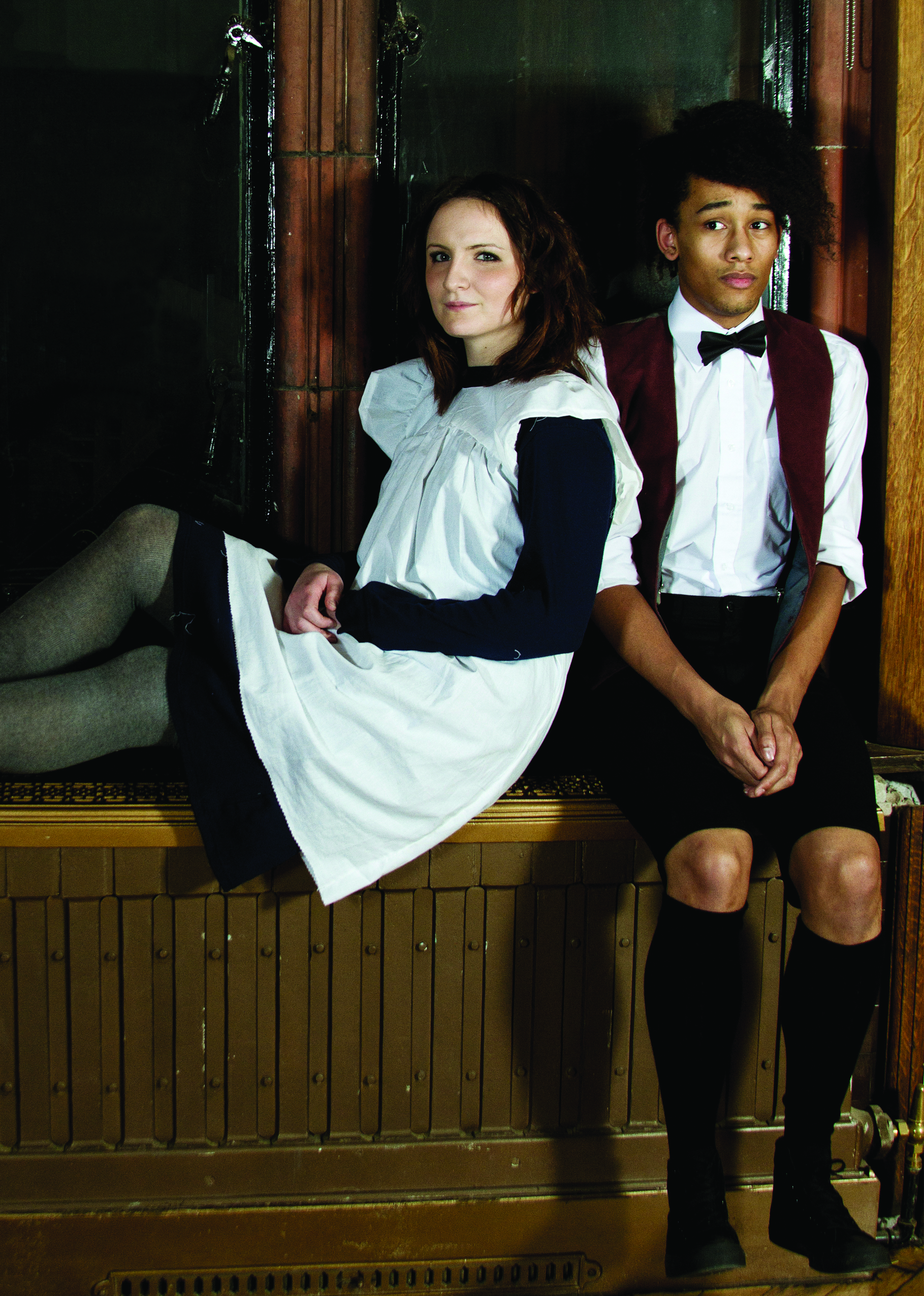 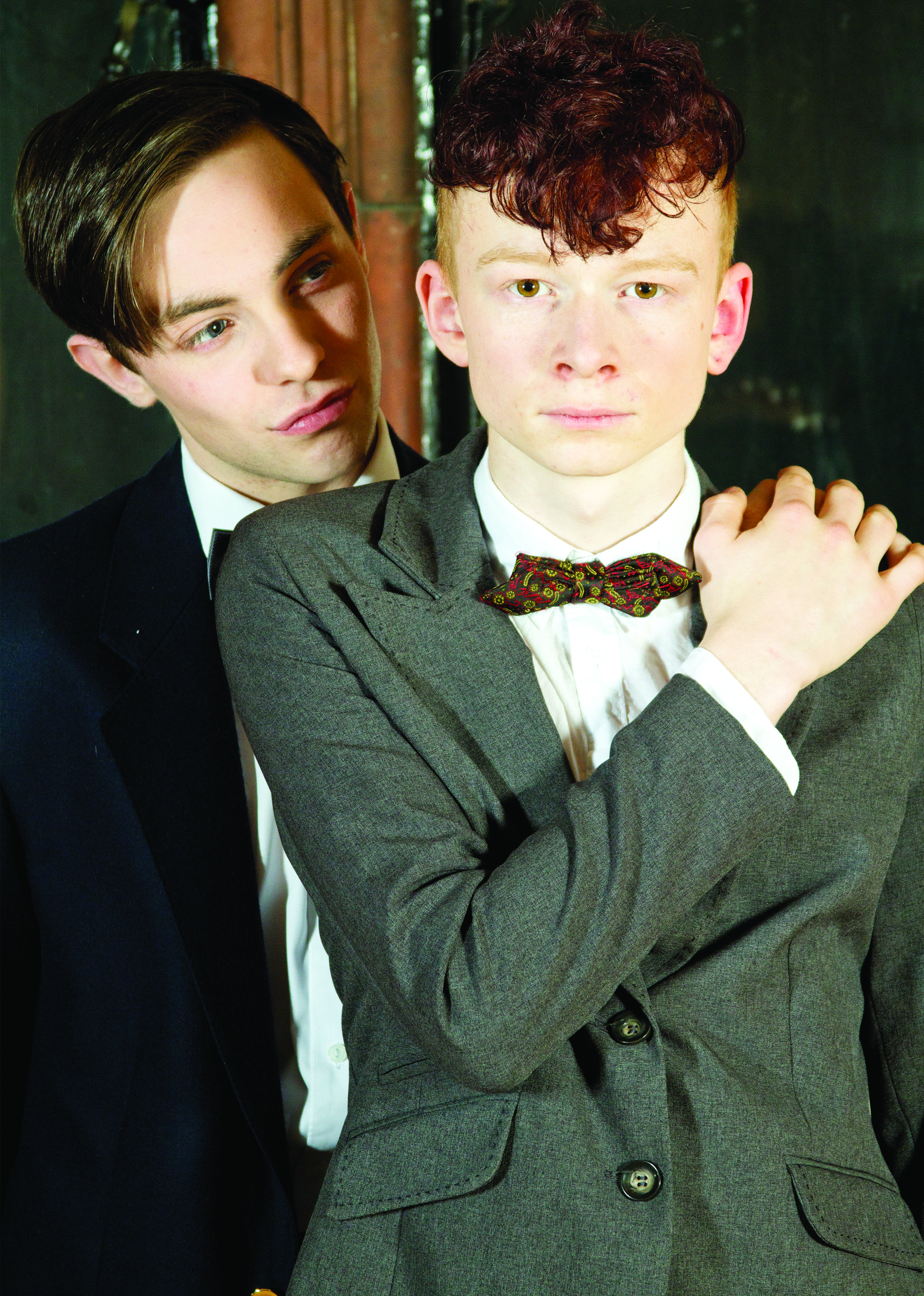 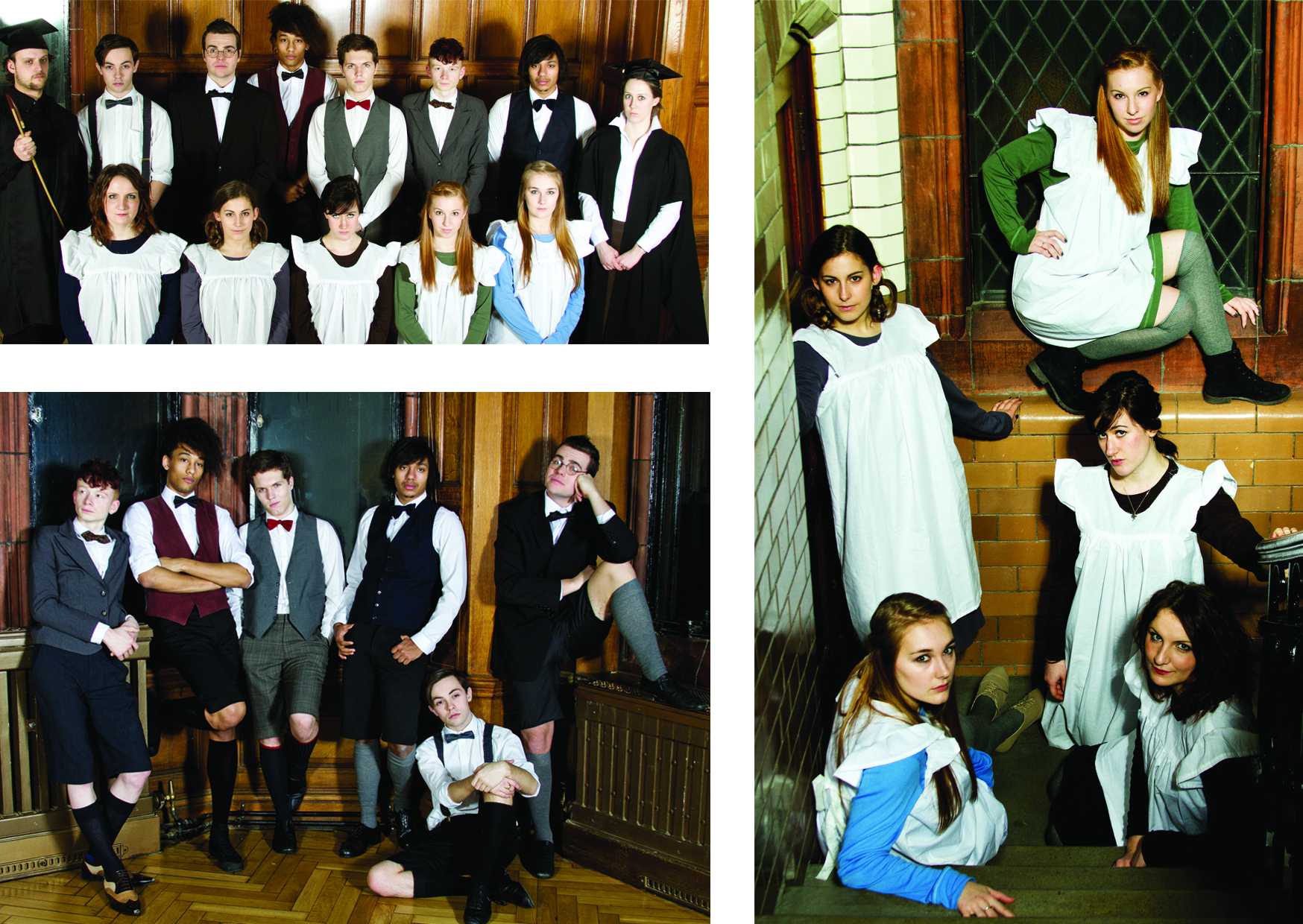 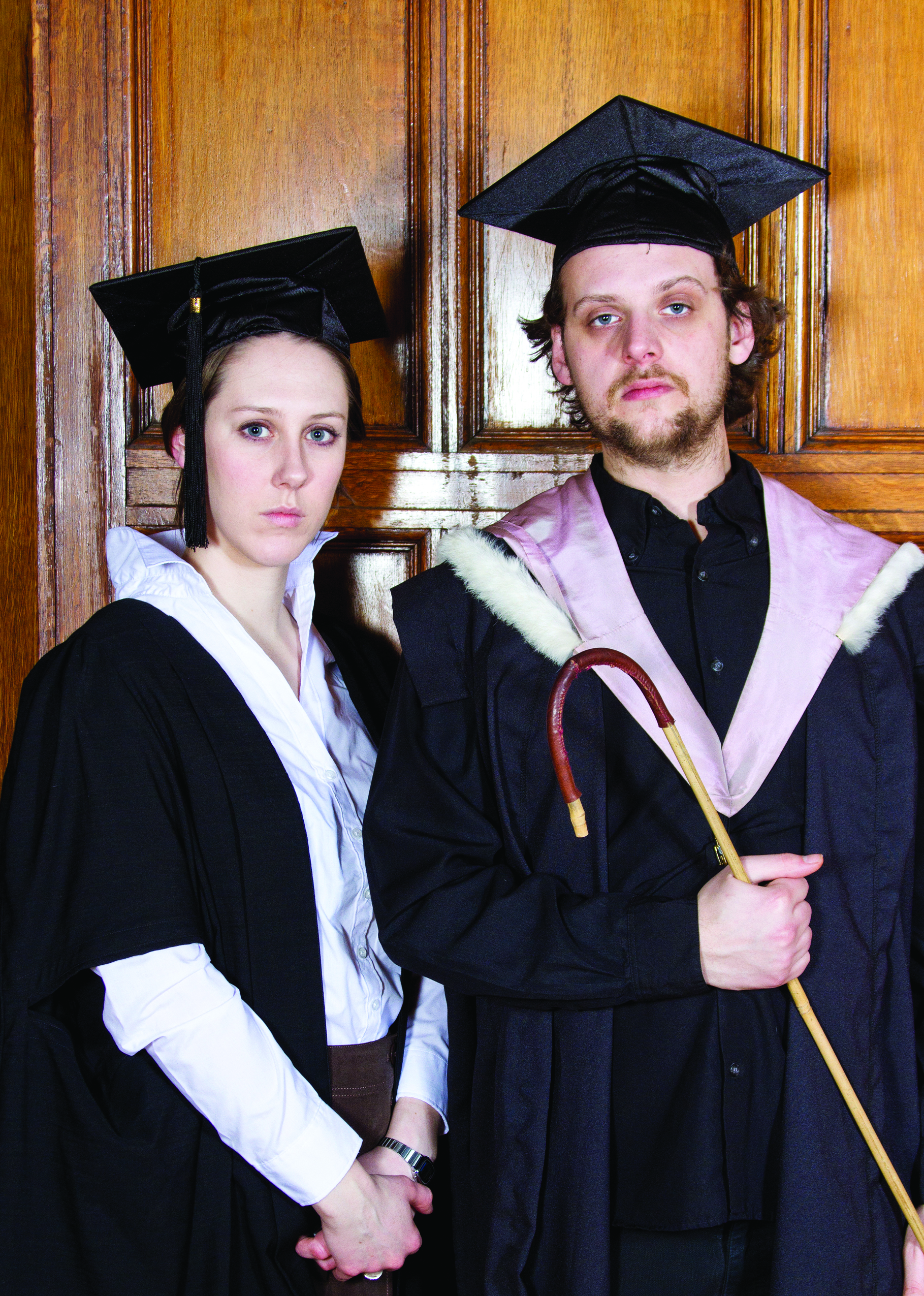 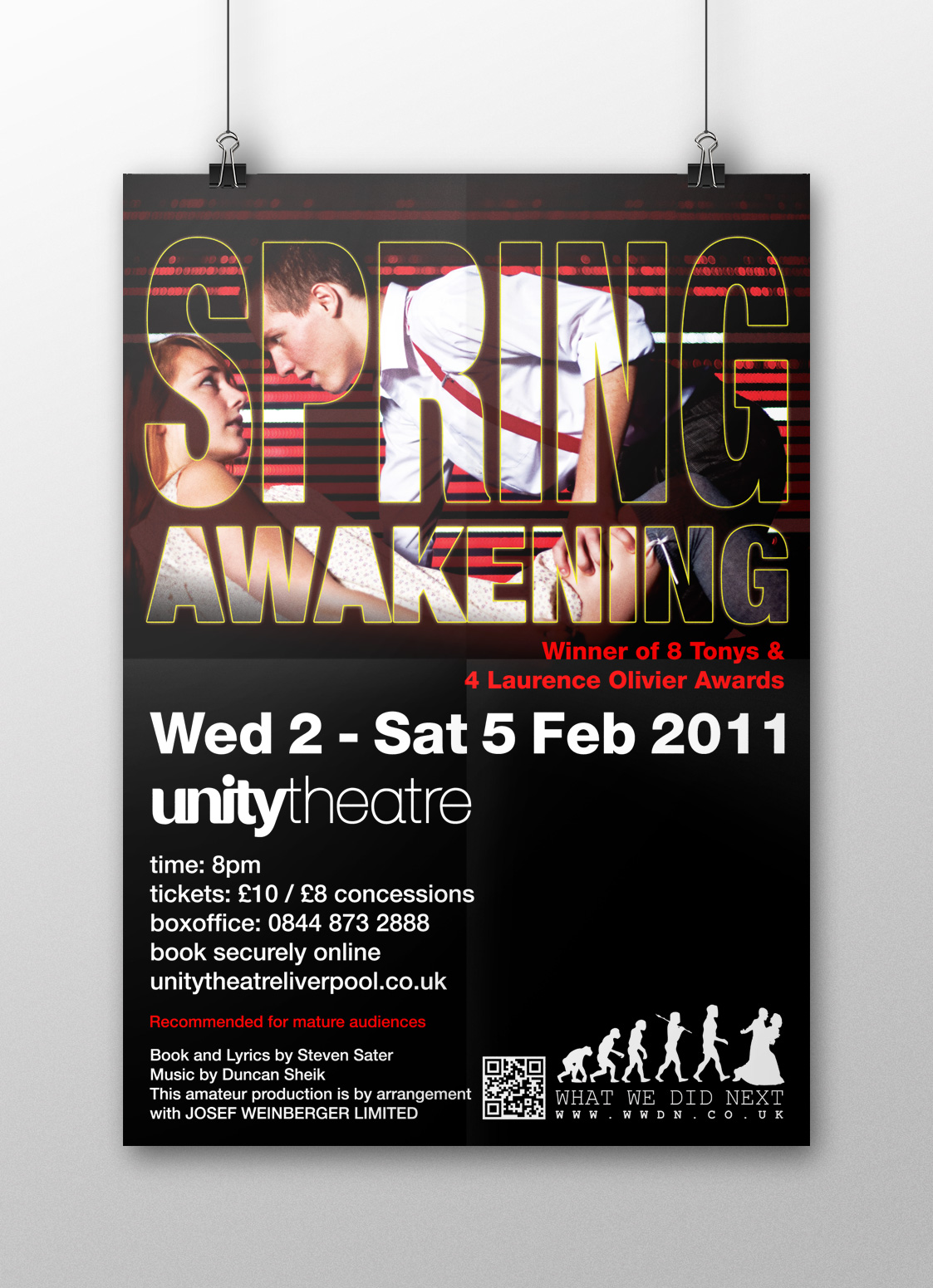 Spring Awakening is a show based upon the play Spring Awakening (1891) by Frank Wedekind which was banned in Germany for it's strong themes concerning abortion, homosexuality, rape, child abuse and suicide. I produced the What We Did Next production and was also responsible for the artwork and promotion of the show. I wanted the artwork to show the sexual tension between the two main characters combined with lighting that pertains to the show rock score.